email or call for more information

(No reviews yet) Write a Review 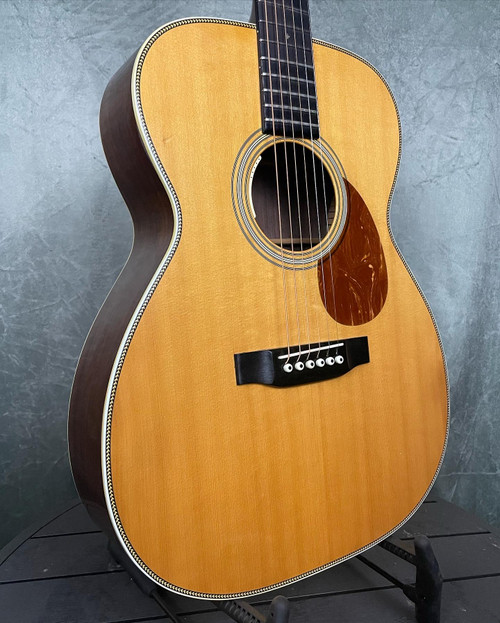 The Martin OM-28 had not been a regular production model since the early 1930's. The Music Emporium of Pittsburgh, PA and Cambridge, MA helped reintroduce the model in the late 1970's with an order of six OM-28's and six OM-45's. This particular OM falls into the initial early offering and thus the label on the block reads "Custom." This is a lightly built, scalloped-braced OM with Engelmann spruce top and Indian rosewood back and sides, red tortoise-style pickguard under the finish, ebony fingerboard and bridge, 1 3/4" nut, 25.4" scale.  While the OM-28 was eventually added to Martin's regular line, these early models are deemed more valuable.

This is guitar is an outstanding player and is extremely responsive to delicate fingerstyle playing as well as vigorous rhythm playing. Beautiful instrument, and a piece of Martin history!! Comes with it's original hard-shell case and is gig ready with an LR Baggs Anthem pickup.